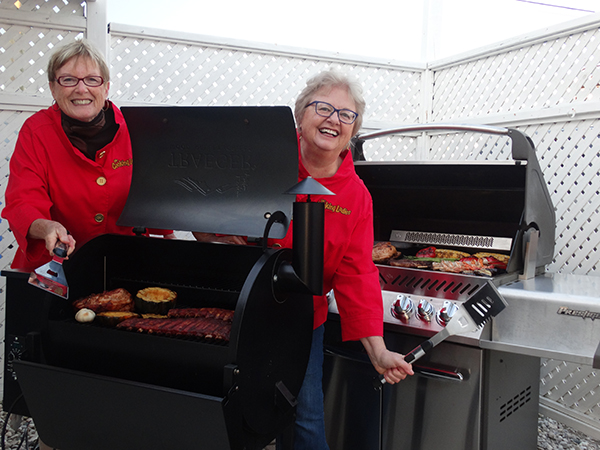 Phyllis Hinz and Lamont Mackay, The Cooking Ladies, are food columnists, cookbook authors, freelance travel writers, and restaurant consultants. Their credentials include 20 years as restaurateurs, co-authorship of 10 cookbooks, a regular culinary/travel column for RV Lifestyle Magazine for 22 years, cooking segments on RVTV, and a gig as the official kitchen experts for Home Hardware Stores.

Their epic odyssey began when they met at the University of British Columbia and set out on a European adventure that would change their lives forever. After touring Europe for nine months in a Volkswagen van, they returned home, broke and jobless, and borrowed just enough money to start their first of four successful restaurants and a catering company.

When Susan Emmott, a friend and business partner, died suddenly of an asthma attack, Phyllis and Lamont sold everything they owned and purchased a 40-foot motorhome. They hit the highways of North America to see where life would take them. They have travelled to every state in the U.S and to every province and territory in Canada except Nunavut. When they are not on the road, they spend time at their test kitchen on the north shore of Lake Erie.

"On the Road with The Cooking Ladies, Let’s Get Grilling” is their 10th cookbook. Phyllis and Lamont share their love of all things barbecue interspersed with stories and photos of their experiences travelling the highways and backroads of North America. 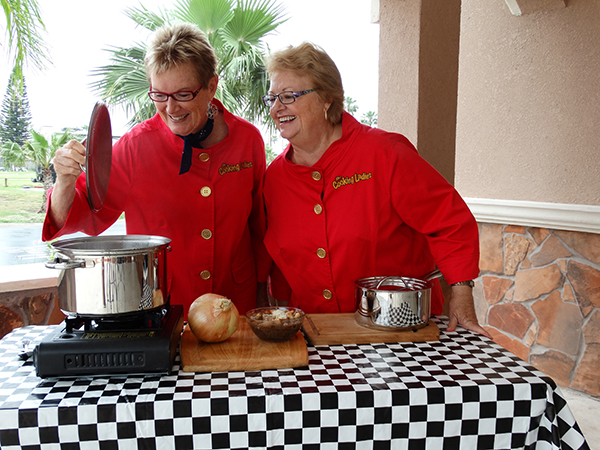